Posted on February 27, 2016 by ConservativeMe 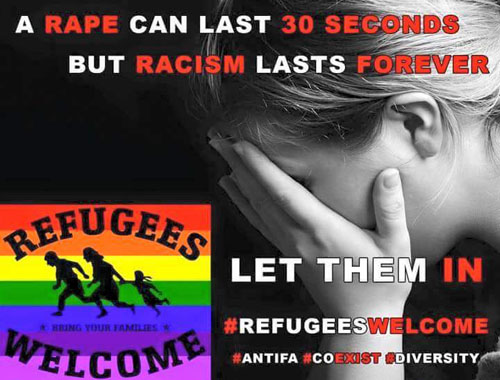 In the typical liberal twisted way they are telling women rape only lasts 30 seconds but racism is forever?  I’m sure every woman who has been raped forgets what happened the moment its over.

Muslim refugees have no respect to Western culture, or women yet liberals want us to roll over and accept this behavior.  Worst, they would rather have that behavior than what they believe is ‘racism’ by conservatives.

Liberals, here’s a tip, western conservatives won’t cut your head off if you disagree with us.