Posted on September 11, 2014 by ConservativeMe

It was thirteen years ago that radical muslims attacked the world trade center and the pentagon killing almost three thousand.  Those of us who were old enough to remember, can still recall the events of not only that morning, but that day.

I can recall the mass confusion of the day, despite the fact the internet was around.  It seemed like there were attacks all over the country instead of just three areas.  I can recall hearing fighters flying overhead, even as school and workplaces were closed down for the day.

Never forget that it was the second time these groups had tried to attack the WTC as well.  We must remember these groups will use any means and say anything to get their mission accomplished. 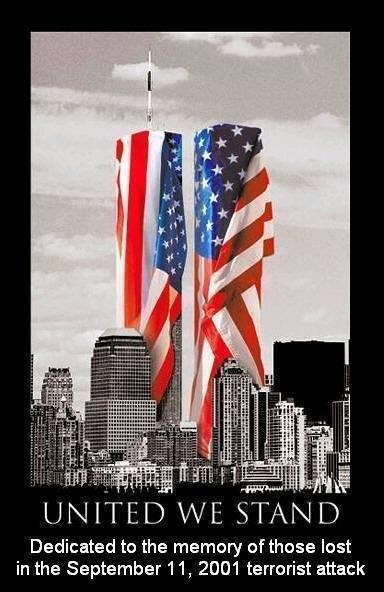