Liberals are demanding many things these days, including higher pay.  But this meme actually reveals an interesting truth liberals don’t wish to consider. 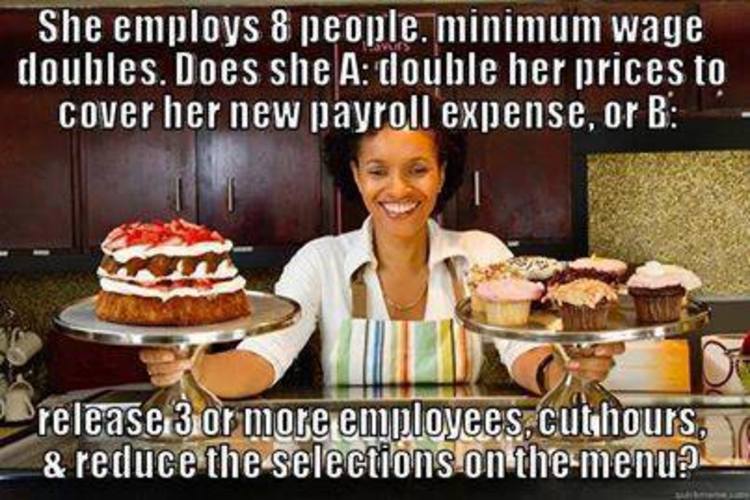 I have heard liberals say companies can afford higher costs for workers.  While that is true for some companies, it is not for all companies.  Those companies will be forced to either increase prices or cut employees and/or hours.

Or in the case of some companies, like Wendy’s, they will move to an automated system eliminating the employees jobs.

In an economy which is already struggling to rebound this decision to increase wages is the wrong decision.  It will only hurt the poor even more, not help them.

But that doesn’t matter to a liberal.  They are only thinking of the higher wages and don’t care what the consequences will be.