I have been thinking about this for years, the typical left-right political line that everyone uses.  We all know its screwed up, doesn’t work, yet we use it anyways.

In college I was talking to a professor who told me that the line was wrong, big time.  All it took was a bit of thought and one could see the problems in it.  He said take the right side, many conservatives don’t want complete government control, yet we place Fascism on the right, which has a lot of government control.

He said the same with the left, liberals seem to want more goverment control, yet want communism, which if you put theoretical communism, its closer to anarchy, which isn’t what the left stands for.

So I decided to redraw the political line, and instead made it a circle, left and right is liberal and conservative, and top and bottom are no government and total goverment control. 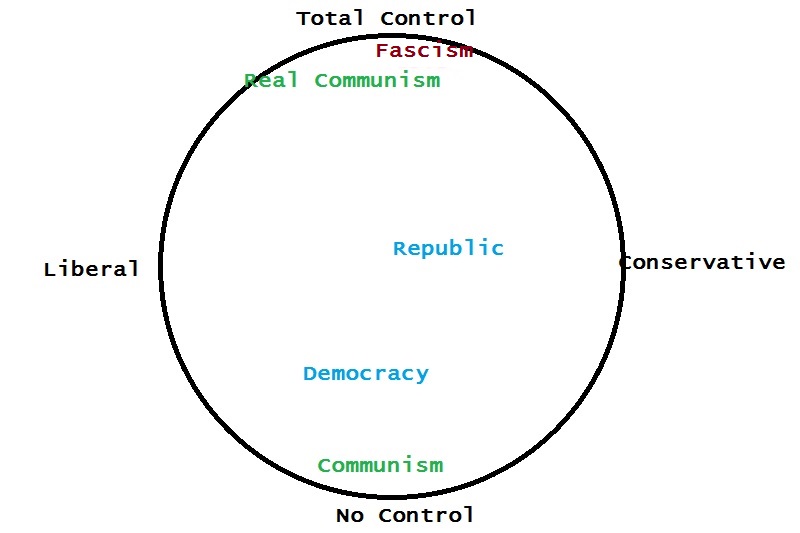 What do you think, better?