Posted on November 4, 2014 by ConservativeMe

So are you one who complains about our elected officials?  Do you say your vote doesn’t matter?  Well, how wrong you are.

Your vote does matter.  Each election millions say that same thing.  They don’t see why they should get out and vote, so they stay home and complain when the results come in.  The elected officials don’t care about you.

Unlike a piece of mail I got over the weekend, I am not telling anyone how, or who, to vote for.  Go out, make your voice heard.

In a piece of junk mail I got, written, printed and postage paid for by one John D Haywood telling us to turn Texas ‘blue’, he gave five points of reasons.  Healthcare, income taxes, Global Warming, false anti-Semitic smear should be against the law and to legalize all drugs.

But what’s really interesting, isn’t what he is trying to do, but the fact Mr. Haywood doesn’t live in Texas.  He lives in North Carolina.

Sorry Mr. Haywood, but I left California because it was blue, and they ruined the state.  Now you want to ruin Texas as well?  If you keep these same talking points, which have been around for almost a decade, its no wonder democrats are losing in the polls.  People are hearing this, yet are not seeing any improvement in their daily lives.

So get out and vote, but never let anyone else tell you who to vote for. 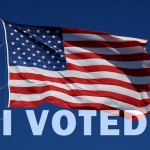